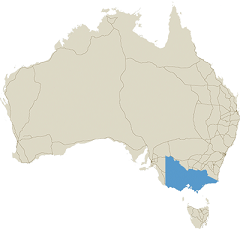 Do you have Victorian ancestry?

Government Gazettes are a unique, useful and extremely fascinating genealogy resource for local, social historians and researchers in other fields throughout Australia, as well as anyone searching their family history and building a family tree. Included in this collection are Victorian Government Gazettes covering 1851 to 1901. They were published by the government as a means of communication to officials and the general public and therefore contain information that is of great use in establishing an image of Australia and its people in the past.

"What information can I find in this collection?"

Included is information relating to a wide variety of topics – of interest to both genealogists and historians:

There is wide variety of interesting material including an Order in Council on Deserters from Danish Merchant Vessels, Weekly Abstracts of Births and Deaths, information on the 1871 and 1881 census of Victoria, Register of Medical Practitioners for 1882, Grazing Permits, a patent application for “An improved composition for unhairing and preserving hides and skins” (a communication from Charles Jules Pierre Desnos, of Paris, France) and numerous references to miners, mining leases and mining companies.

OLD POVERTY REEF GOLD MINING COMPANY
NO LIABILITY, TARNAGULLA.
NOTICE.-A Call (the fourteenth) of Threepence per share has been made on the capital of the above-named company, due and payable at the office of the company, Broadway, Dunolly, on Wednesday the eighth day of February 1882. J.H. YATES, Manager.