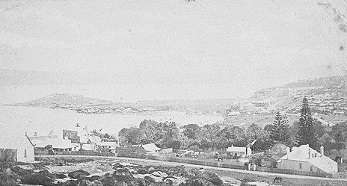 Searching for your family history and have ancestry in New South Wales? A great genealogy tool, these indexes have been transcribed from an Appendix to the Report from the Select Committee on Crown Lands, New South Wales Legislative Assembly – Votes and Proceedings 1854 (pages 1240-1269).

There are six tables that have been indexed:

(1) Return of Crown Lands held under pasture and promise of lease. The number of stock, as given in this return, for each run, is taken from the assessed grazing capabilities of the runs, as far as they have been returned. The government is not in possession of the number actually depastured.

(2) Return of new runs of Crown Lands, under promise of lease, obtained and rented under accepted tender

(3) Return of adjusted, vacated, and forfeited runs of Crown Lands, rented under accepted tender, and under promise of lease

(4) Return of lands brought within the Settled Districts, and at present held, under Order in Council of 19 June, 1850

(6) Return of applications to purchase portions of Crown Lands beyond the Settled Districts, showing date of application, number of acres applied for, run of which purchased, date of sale, and amount paid where purchase has been completed

The information provided in each of the six tables is not consistent; hence, some fields have data in only a small number of entries.

Did your ancestors serve in the military? Don't forget to search our extensive Armed Forces & Conflicts Records