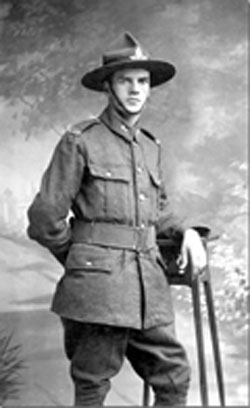 Ted Thornett, or by his correct name of "Thomas Arthur Thornett" was the only person with the surname of Thornett to have serve with the New Zealand Defence Forces during the First World War.

He was the uncle to Evelyn Annie Louisa Bellamy (nee) Coton, my step mother. He was born in Birmingham Warwickshire on 18th October 1887. Arthur emigrated when he was twenty years old for a new life in New Zealand in 1907.

He left his Thornett family and emigrated on the Royal Mail Steamship "Paparoa" departing on the 31st October 1907, arriving in New Zealand on Christmas Day 1907. The Royal Mail ship left London dock on the 31st October 1907, it arrived at Wellington Port on the 25th December 1907. The vessel was owned by the Shipping Line: New Zealand Shipping Line, Captained by the Ships Master Mr R C Clifford. The ship was 3896 square feet and the ships registered Tonnage as 4246, The maximum number of passengers 195. Ted was on the passenger list, his age was 20 years, single, occupation given as a "farmer".

Immigration and Travel. The ships destination was the Port of Wellington New Zealand. The Paparoa was lost a few years later in an on-board fire without loss of life, some where off Africa. Thomas Arthur Thornett, known only in the UK as "Ted". The shortened name of Arthur was never used in New Zealand.

As the call went out was for more Commonwealth troops to fight the Axis Powers in the 1914 -- 1918 War, Ted decided to join up with the New Zealand Defence Forces. His Service Number was 7/2165 the Regiment Canterbury Mounted Rifles. Arthur was the Only Thornett in the NZDF in the WW1 war. He departed on the Maunganui on the 8th January 1916. Upon arrival at Suez in Egypt, the Canterbury Mounted Rifles were disbanded, I expect someone at last realised that men on horses with rifles were no match for the "German Maxim machine guns" the enemy were using. He was transferred to the NZ Field Artillery 3rd Brigade 14th Battery. He saw action in Gallipoli and in France .

At the battle of Messines, Ted (Arthur) was severely wounded, when he was shot through his right thigh and into his buttock. He was sent back to an Hospital in the south of England for medical care. "The good news is", that the bullet missed all his important parts .!! It seems that before he returned to the front again, he did travel back to Birmingham in Warwickshire to see for a final time his Thornett family. He was promoted to Substantive Bombardier in the NZ Artillery.

On the 27 June 1919 upon returning to Wellington New Zealand he was given an Honourable Discharge. He later married Irene Jessie Hamilton Arnold on the 17 February 1920 at the Otorohanga Presbyterian Church, Otorohanga, NZ. He died on the 30 June 1971 at the Rotorua Hospital Waikato, New Zealand .Later buried at the Rotorua Lawn Cemetery New Zealand. His New Zealand Defence Force service number 7/2165, Ted Thornett born 18 October 1889, in Aston, Birmingham, Warwickshire, England.

Person on the right of the group photograph with the pipe is Ted Thornett, again Ted Thornett in uniform, next the mail ship he emigrated on age 20 years, Ted in Warwickshire aged 20 years, finally Ted Thornett with his family after recovering in hospital in the south of England before returning to the front and finally returning to New Zealand at the end of the First World War. 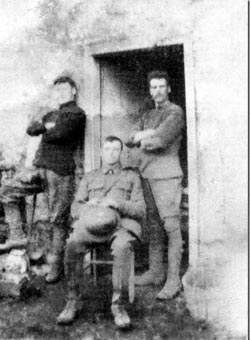 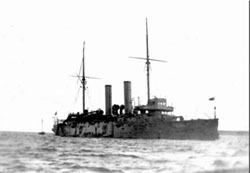 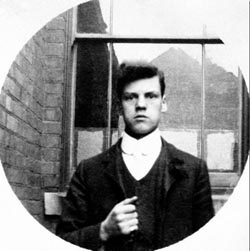 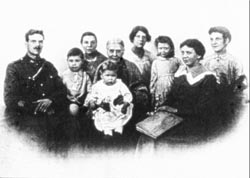