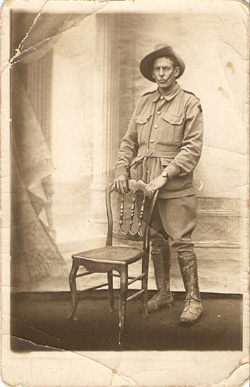 Pte. Robert William Stynes, Regimental No. 323, was in the 3rd Australian Pioneer Battalion A.I.F. and was recommended for the Award on 11th April 1918 -

"Immediately North of Buire, near Albert, at 5.00 p.m. on the 5th April, the Division on the Left flank of this man's Company were forced to leave their position owing to the intensity of enemy's enfilade fire. During the retirement, a member of this Division was left behind, wounded. Private Stynes disregarding the heavy fire, went out, dressed the wounds, and carried the man back to his own Company's lines." (Sgd.) John Monash, Major General, G.O.C. Third Australian Division.

Near Montbrehain, East of Peronne, on the morning of 5th October 1918, this N.C.O. set a splendid example of gallantry and devotion to duty. For twelve hours, under heavy and continuous shell fire, he carried out his allotted work of dressing and attending to the wounded. The celerity and skill he displayed were of great assistance to the Regimental Medical Officer in the rapid evacuation of casualties. His example stimulated the men working under him with very good results, whilst his cheerful demeanour under all conditions greatly enheartened the wounded under his care."

In uniform - Walter Sydney Cooper and not Robert William Stynes. 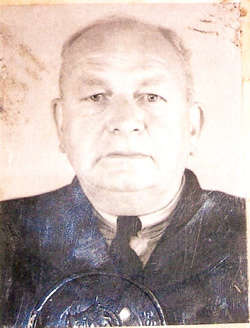