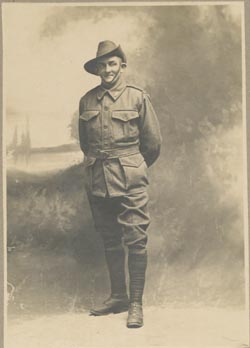 Early in 1918 Ben made the decision to join the Army and thus began the endless prodding, probing and questions to ensure he was fit and able. Ben was a short stocky man as attested by his Medical History Card of 18th May 1918. He was five foot three and a half inches in height and one hundred and twenty pounds. He had a tattoo on his right forearm and wore a plate in his upper jaw. He had corns on all little toes. Part of his examination was "deferred until sober". Nothing was left to chance. By the 6th June Ben had passed all examinations, was declared fit and on 18th August 1918 was enlisted as No. 62323 Private AB Kabisch into B Company 5th General Service Reinforcements "S" UK Unit. On the 4th July he was transferred to A company. Did Ben have second thoughts about going to the War? Whilst waiting for confirmation of his enlistment, his Regimental Conduct Sheet shows he was absent without leave from 11pm 9th August 1918 until 11 pm 26th August 1918. For this misdemeanour he was fined £2 and had to forfeit seven days pay!

His troop boarded the troop carrier "HMAT Barambah" in Melbourne Victoria on 31 August 1918 and finally began the journey to far off Europe. They sailed across the Great Australian Bight, I believe, stopping in Perth to gather more troops then off across the Indian Ocean up the west coast of Africa, heading toward the United Kingdom. Six weeks into the voyage the ship was struck with influenza. There were over six hundred cases reported and eleven soldiers perished and were buried at sea.

He went to fight a war that was not ours and died half way around the world, alone, in a foreign land, without a shot being fired. 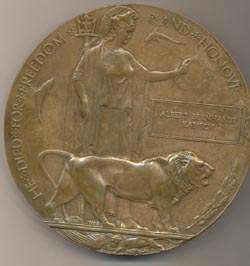 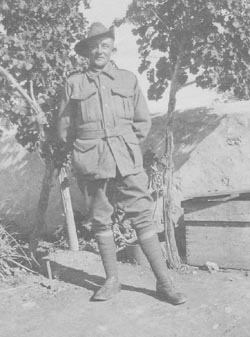 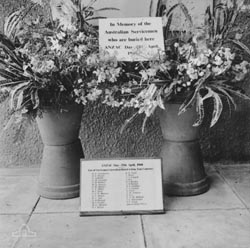