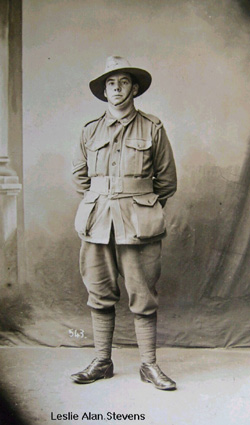 Leslie Stevens was a Corporal in the 38th Batallion Aust. Infantry (Service No. 1305).

His enlistment papers show he was teaching at Ryanston Sth Gippsland. 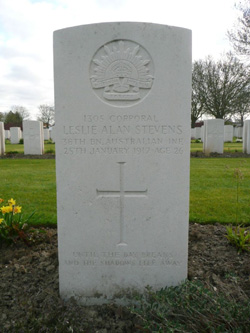 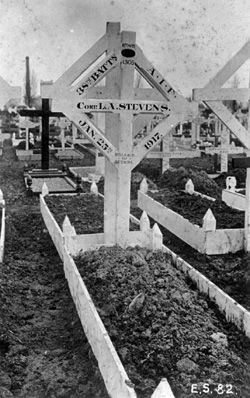