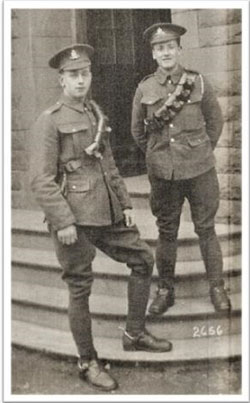 "On the 24th July, 1916 our Troop (No.1) was under very heavy rifle and machine gun fire at Molongoli. Several of our men were wounded, and two killed. The man next to Rifleman Cairnduff (Hannah by name), was amongst the wounded. As soon as Rifleman Cairnduff noticed Hannah had been hit, he ran to his assistance and under perfect hail of bullets dragged him into comparative shelter, and although they were both to a certain extent still exposed to fire, Rifleman Cairnduff bandaged Hannah temporarily and then rushed off for a stretcher to convey him to the dressing station in our rear. He returned with a Medical Orderly, but no native bearers could be induced to accompany the Orderly, so Rifleman Cairnduff again picked Hannah up on his back, conveyed him to the dressing station, being exposed to heavy fire all the time. He then returned to his position in the firing line. A few minutes after, the Germans were making things so hot for us that the order was given to retire, but Rifleman Cairnduff noticed that the man who had been on the other side of Hannah (Lynn), was not with us. Hearing that Lynn also was wounded, he at once dashed off to find him, and also he carried out of fire. Lynn died a few hours afterwards, but Hannah is all right again."

(A foot note also stated that "Rifleman Cairnduff is the eldest son of Mr. and Mrs. James Cairnduff of Barrhead Scotland ) 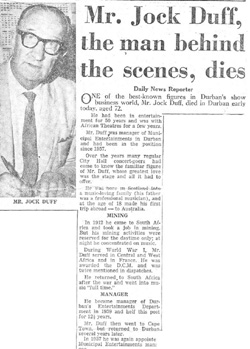 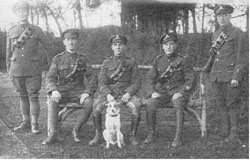 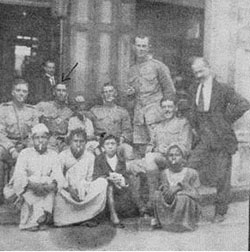