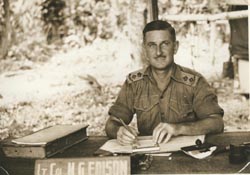 Milton Gray Edison was born in Melbourne on 14th August in 1905. He attended Scotch College then went on to obtain his M.D. in Medicine at Melbourne University, before travelling overseas to further his medical experiences. He married in Scotland in 1935 then returned to settle in Burnie Tasmania in a General Practice.

When war broke out he was assigned to the Medical division in Bougainville, as a Lieutenant Colonel, and spent some years there, but he was one of the lucky ones who did return and was able to watch his children grow up.

He always took the salute at Anzac Day marches in Burnie and also in Hobart, and was always very proud to represent King/Queen and Country. When he retired he moved to Sydney with his wife and enjoyed being close to their children. Dr. Edison passed away in 1976, six months after his wife.

Photos clockwise from left: Doctors & Sisters with Sergeant General Blamey Sergical 109 CCS, Motupena Point, South Bougainville Dad leading the march in Hobart - 12 field ambulance Dad - 1931 Japanese prisoners, Bougainville being bought in by GI's, Letter sent to me by my Dad 12 months after my adoption - we still had never met, evacuation of wounded by launch across Empress Augusta Bay - notice hood covers over Bren guns directed upwards, (Main photo) Dad sitting at his office, Monupena Point, South Bougainville, Dad at home, Dad with my brothers, Angus and Alastair, Japanese lookout, South Bougainville, Talking to General Blamey outside Marquee Surgical Ward, The layout of 2/1 A.G.H - My Dad saw this cut out from dense jungle, The Duke of Glouster (Governer General of Australia) with Dad & several of the sisters - Ward 3, South Bougainville - 1945 - Dad with officers. 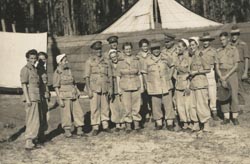 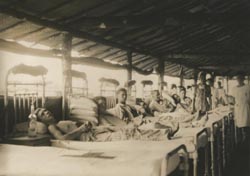 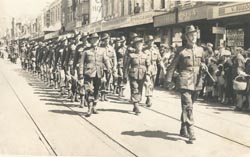 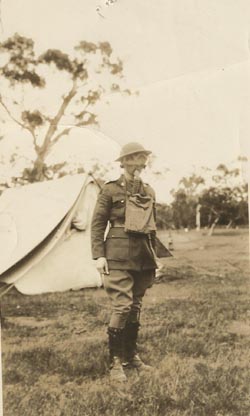 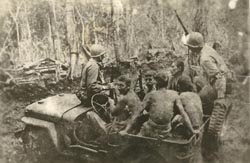 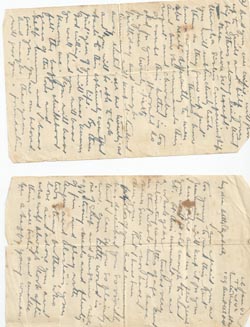 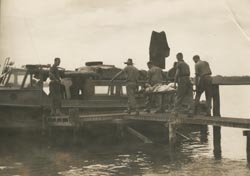 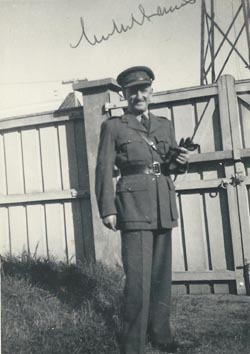 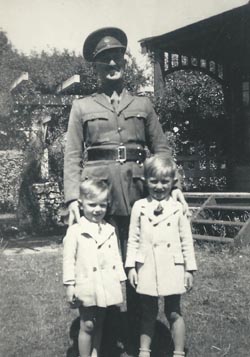 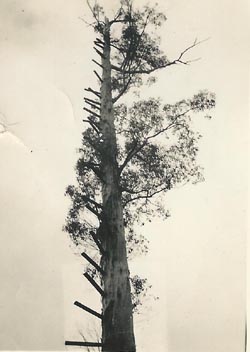 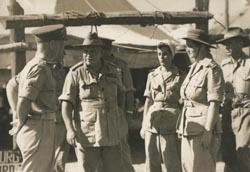 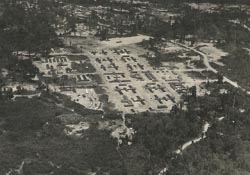 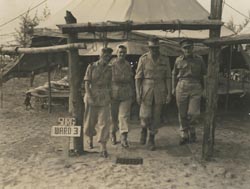 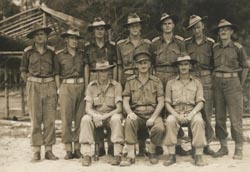