I have attached two of my ancestors from the same line of the Gilmour Clan from Saltcoats/Ardrossan & Stevenston.

Robert Hugh Gilmour. Reg. No. 3392 Rank Private. 15th Infantry Battalion. WW1. He enlisted at age 30 and served in France well over two years. He was wounded twice and on the second occasion he was badly gassed.

For conspicuous work with his battery in a heavy "stunt " he was promoted Sergeant on the field. The second picture is of William Hugh Gilmore and from the Sate Library NSW. All the other pictures were of officers and I spotted my cousin among them.

I also have the Enlistment paper for both these men from the Australian Imperial Force. 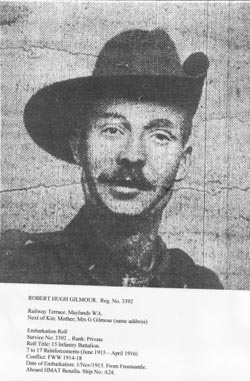 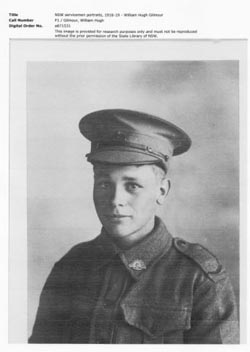