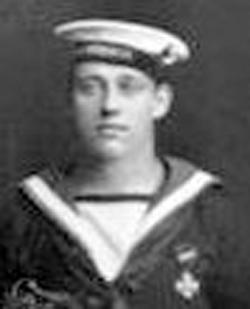 My uncle Albert Crosby (my mother's older brother) served on the two HMAS Sydneys in two world wars. As a gunner in the First World War he was on HMAS Sydney when it sank the German "Emden," the first naval battle of the war. Although wounded himself, he helped injured French citizens, who had been evacuated from French Pacific possessions, to safety and was awarded the French medal the "Croix de Guerre". His name is recorded on a gun from the Sydney which is located at the south east corner of Hyde Park opposite Whitlam Square.

He also served on the second HMAS Sydney in WW2. After a period in the Mediterranean supporting and supplying the Rats of Tobruk, HMAS Sydney returned to Fremantle, where Albert took shore leave and returned to his home in Melbourne. Sydney sailed out up the Western Australian coast on patrol, and never returned being sunk by a German Raider and only recently its resting place being found - all hands were lost. Albert lived a long life and died in his eighties in Melbourne.