Did the Famine create a crime wave? Search our records to find out. 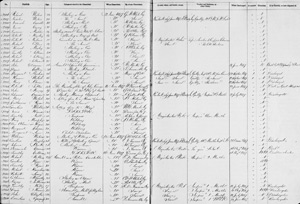 The famine was a time of desperation for many hundreds of thousands. The workhouses built to hold up to 100,000 residents, and funded by local taxation, were overwhelmed by the sheer numbers of those in need. 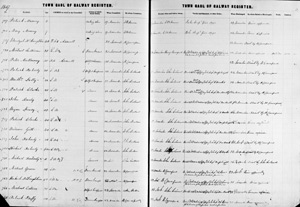 It is perhaps unsurprising then that many people turned to petty crime to feed themselves. For some their desperation was such that some committed crimes in the hope of being imprisoned. In prison they would be sheltered and fed,. Prison rations were kept deliberately low for the first two weeks of imprisonment to discourage people from this drastic course of action.

Others were caught up in the stringent vagrancy laws of the day, straying too far from home for too long in search of help could result in being imprisoned for up to a month. Being homeless could also see you imprisoned, a cruel twist for those already suffering after eviction. 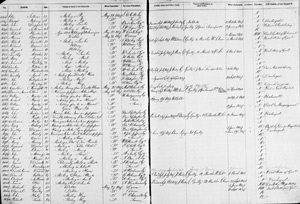 Click on the images to the right to see pages from original prison registers of the Famine period.

To search for crimes committed in the famine period choose ‘other event’ and enter 1849 ±2 yrs.