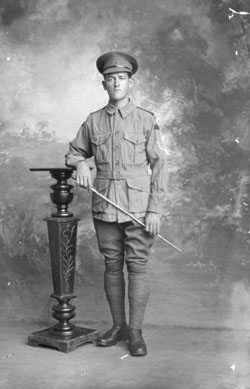 After initial training at Blackboy Hill in Greenmount, WA, Doug joined the 11th Battalion, departing for overseas service in France on 26 October 1914.

His service record is difficult to read due to many abbreviations particular to the Army but, during this time, he was promoted from Private to Lance Corporal and was awarded the Military Medal for bravery.