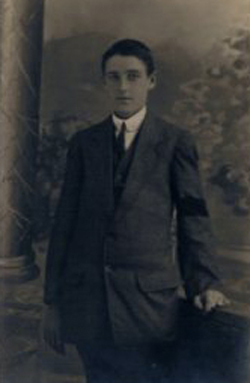 My Uncle William Gunningham Quinn 1897 - 1918 (my fathers eldest brother) enlisted in the AIF in 1916 and served in France. He was in the 54th Battalion. He was wounded in France in 1917 and sent to England to recover. He then returned to France in October 1917.

He contracted pneumonia which turned into trench fever (TB). He was invalided to Australia in 1918 and died at North Head Quarantine station Sydney in July 1918. I have attached two photographs of uncle William they are marked as WGQuinn in hospital and WGQuinn pre war.

Photo to the right is WG Quinn pre-war.

Photo below is WG Quinn in hospital.