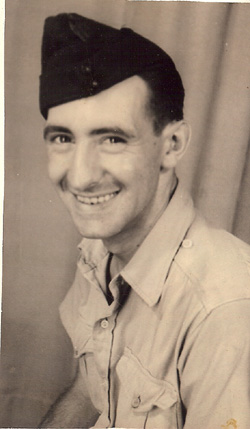 My father, James Douglas Floyd, served in the Australian Air force in WW2. He was in a protected industry but signed up to serve his country. He died in his 50's as a result of tropical diseases that he contracted in New Guinea and he suffered from Post Traumatic Stress Syndrome from the time he returned to Australia until his death.

Despite all of this, serving his country was the thing he was most proud of in his life. Like many men at that time he didn't count the cost. He never missed a dawn service and although he never spoke of his experiences they had a terrible effect on his life. Now on ANZAC day I always think of him.