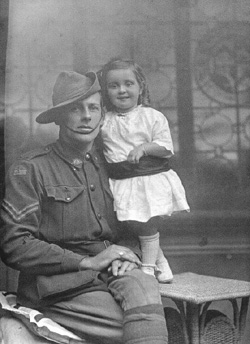 This is my mother with her uncle Bill Sweetland after his return from World War One.

Unit embarked from Melbourne, Victoria, on board HMAT A54 Runic on 19 February 1915